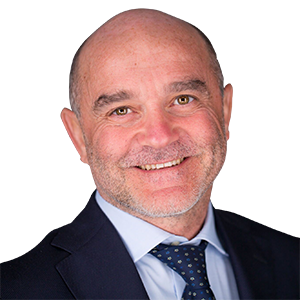 Giovanni Zucchelli is graduated in 1988 from the university of Bologna, Italy with a degree in dentistry.

• He was awarded PhD in Medical Biotechnology in 1999 from the University of Bologna, Italy:
• Associate Professor of periodontology at the University of Bologna, Italy from 2000
• Received many awards for clinical research in periodontology in Europe and the United States.
In 2006 and 2008 is the winner of The AAP Foundation-E Bud Tarrson Research Award in Oral Plastic Surgery
• President Elect of theItalian Academy of Osteointegration (IAO)
• Active member of EAED (European Academy of Esthetic Dentistry),SIdP (Italian Society of Periodontology) and IAO (Italian Academy of Osteointegration); member of the European Federation of Periodontology
• Associate Editor of the International Journal of Esthetic Dentistry and Member of the editorial board the International Journal of Periodontics and Restorative Dentistry.
• Peer reviewer in most ranked Periodontal Journals
• Author of 100 publications in Pubmed
• Innovator of several soft tissue plastic surgical techniques
• Speaker at major international conferences on periodontology
• Has taught theoretical and practical (with live Surgery) courses in all countries.
• Co-author of two illustrated textbooks on periodontal plastic surgery (Ed. Martina)
• Co-author of chapter “Mucogingival Therapy-Periodontal Plastic Surgery” in Clinical Periodontology and Implant Dentistry (Lindhe J, Lang NP, Karring T [eds], Wiley-Blackwel
• Author of the book title, ‘Mucogingival Esthetic Surgery’ from Quintessence Publishing, published in 12 languages’